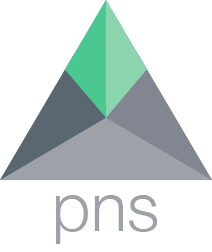 Desktop Central have the most features available that would be suited to our business needs.

Founded in 1976, PacknStack is a merchandising company that provides retail services for in-store products for some of South Africa’s biggest manufacturers in the fast-moving consumer goods (FMCG) industry. As a retail execution business, PacknStack offers services to big brand owners who need their products packed on retail shelves; it packs shelves, influences sales, and looks after brand interests in stores, helping drive its clients’ sales growth by ensuring their products are available, accessible, and visible.

It was training day at PacknStack’s head office in Pretoria; the premises swarmed with over 500 staff attending a session on in-store operations. Amongst the chaos was PacknStack’s overwhelmed IT manager, Chris Pieters, who was being bombarded by numerous requests, ranging from distributing, installing, updating, and uninstalling applications, to combatting security threats and device vulnerabilities. Around that time, PacknStack’s IT department was struggling to keep up with pushing the company’s new in-house app to its 1,000 plus corporate devices. Not only was deploying custom APKs time-consuming for admins, but PacknStack’s end users also couldn’t perform their jobs while their devices were in for repair. Pieters’ requests were piling up in PacknStack’s new pursuit to go mobile. After PacknStack developed its own in-house application, it longed for an integrated, centralized endpoint management solution. “In the past, nothing was centralized. We used different software for different needs. We deployed our staff’s devices one by one, which was time-consuming. We needed quick turnaround times, staff were out in the field. There was no way to monitor and maintain our devices which cost us in the long term,” said Pieters.

Faced with company-wide app deployment, Pieters first collected end-users’ devices from each office. He then started the manual process of installing and configuring PacknStack’s custom application on each device. While devices were in his office, Pieters also had to manually deploy profiles and policies, enable mandatory passcodes and remote locking/wiping, and configure each device for Wi-Fi and VPN. Once Pieters had successfully configured employees’ devices, his final task was to package and ship them back to end users across South Africa.

There was also no way for Pieters to apply restrictions for each user’s profile, so tablets were often vulnerable when users took them home after their shifts and connected to foreign networks. Pieters also wasn’t able to see if users had installed updates; if updates were installed, they would often run irrespective of if devices were connected to Wi-Fi, which further escalated data costs.

After analyzing the hikes in data costs, the sheer volume of unclosed ticket requests, the limited ability to track and monitor devices, as well as numerous security threats, Pieters and his CIO decided that it was time to get better control over their IT environment.

Pieters and his CIO researched numerous endpoint management solutions, including products from SolarWinds and IBM. However, they were disappointed with the costs and lack of integration with an enterprise mobility management (EMM) solution. “After thorough research, ManageEngine’s Desktop Central was by far the most competitively priced and the simplest to use. Desktop Central also had the most features available that would be suited to our business needs,” said Pieters.

With Desktop Central, Pieters and his team can automatically distribute, install, update, and uninstall applications remotely on multiple users’ mobile devices at once. This has saved PacknStack from added shipping and insurance costs. “We needed to have access to each device to deploy and distribute content as quickly as possible because users were on the go and couldn’t work without the relevant content and installations or updates. Mobile content management simply proved to be a blessing,” said Pieters.

Desktop Central has allowed Pieters’ team to customize templates to push out HR shortcuts to their HR system and video conferencing software to their tablet, desktop, and laptop users.

Thanks to Desktop Central, Pieters is able to scan for network vulnerabilities, identify missing security patches and hotfixes, and immediately deploy patches to multiple devices. What Pieters loves most about this feature is the automatic patch approval process, which means he doesn’t have to spend time deploying patches to a test environment. “Previously, I had to manually search for the vulnerabilities, then I would have to detect the missing patches and deploy the patches onto a test environment to ensure that the patches were approved and didn’t affect the device once deployed. This was extremely time-consuming and almost impossible given the number of devices,” said Pieters.

With PacknStack’s software deployment and patch management issues under control, Pieters is able to monitor more end users out in the field. The geotracking feature helps Pieters and end-users’ managers locate any managed mobile devices. With Lost Mode, they can remotely locate and lock lost devices, as well as display a personalized message on the device’s lock screen.

If Pieters or employees’ managers are unable to recover a lost device, they can selectively remove all corporate data from the device or completely wipe it. “The geotracking feature has given my team and my peace of mind that in the event of a device being stolen or lost, we are able to recover the device in no time. Being able to assist our users at the drop of a hat has made users more productive,” said Pieters.

Desktop Central’s automatic patch management feature has reduced the time it takes Pieters and his team to perform patching by 60 percent, allowing Pieters to allocate time to other concerns within his IT environment. By limiting devices’ Wi-Fi usage, the app restrictions feature has also reduced PacknStack’s data costs by 60 percent. PacknStack has also reduced the time it takes to deploy software by 80 percent, as Pieters no longer has to manually deploy software to multiple devices. In terms of asset management, detailed reporting and hands-on asset management have increased PacknStack’s asset management efficiency by 50 percent within their IT department.

PacknStack is the second-largest operator in South Africa across FMCG and hardware retail channels, and this can be clearly seen in its operational efficiency. ManageEngine’s IT management solutions, including Desktop Central, ServiceDesk Plus, OpManager, and ADManager Plus, allow PacknStack to automate its IT processes so it can focus on consistently improving its overall business processes. Of the above IT management tools, Desktop Central has been one of the core solutions driving PacknStack’s IT excellence and has saved PacknStack’s IT team many hours of hard work, reduced costs, and improved the company’s overall IT security.

ManageEngine Desktop Central is a unified endpoint management solution that helps in managing thousands of servers, desktops, and mobile devices from a central location. It automates the complete desktop and mobile device management life cycle, ranging from a simple system configuration to complex software deployment. Used by more than 12,000 customers around the globe, it helps businesses cut costs on IT infrastructure, achieve operational efficiency, improve productivity, and combat network vulnerabilities. For more information about Desktop Central, visit manageengine.com/desktop-central.